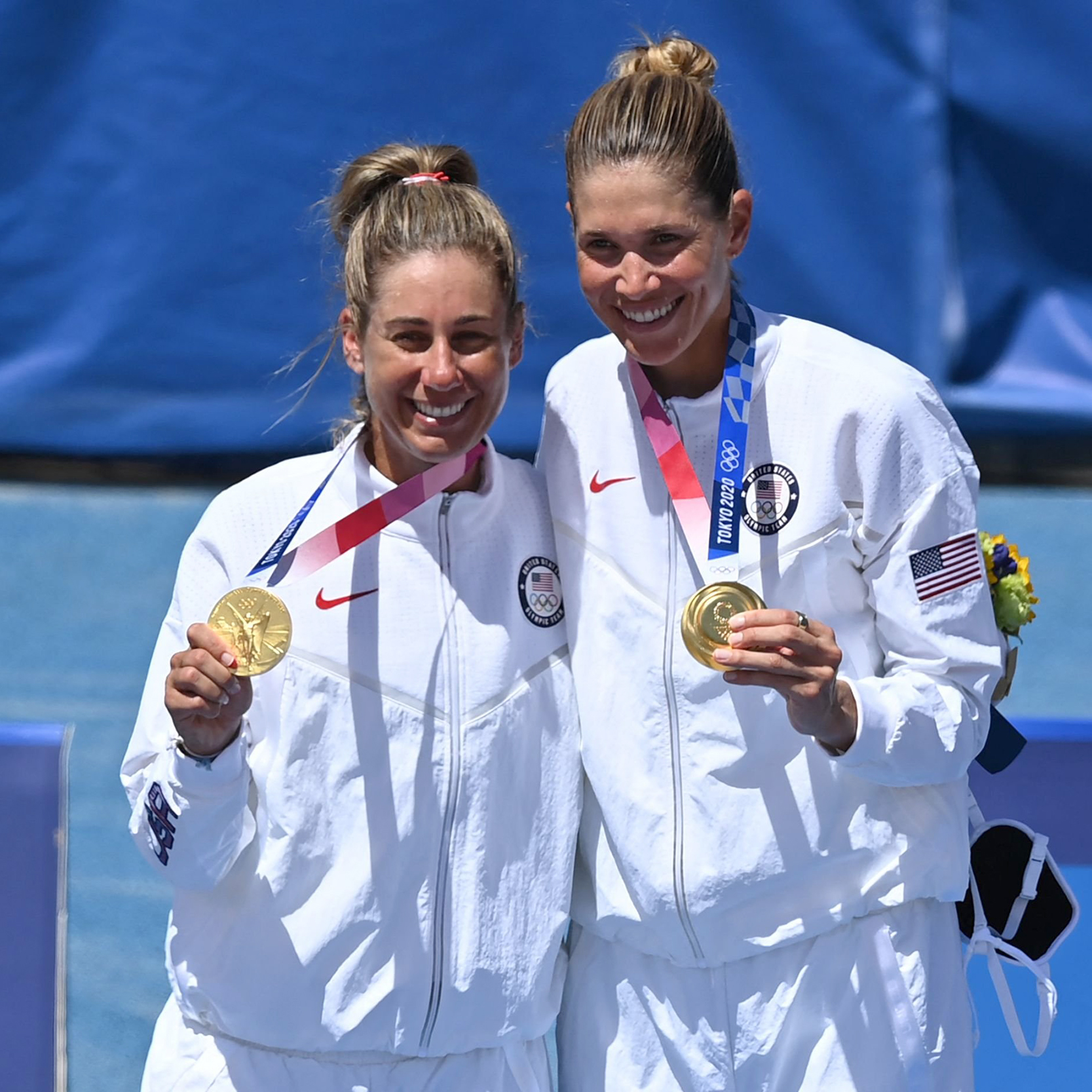 The A-Team is bringing Olympic gold in women’s beach volleyball back to the U.S.

Americans April Ross and Alix Klineman’s beat Australia in two sets at the Tokyo Games on Friday, marking the first time the U.S. has claimed gold since 2012, when powerhouse pair Kerri Walsh Jennings and Misty May-Treanor won their third in a row.

The U.S. team, known as the “A-Team” because of their initials, started off strong in its win over Australia’s Mariafe Artacho del Solar and Taliqua Clancy and never lost the lead.

Ross, a three-time Olympian, now has a complete medal set: she won bronze at the 2016 Rio Games and silver in 2012 in London.

“I couldn’t have done this without Alix, obviously. She’s amazing,” Ross said. “But to get a gold medal finally just feels so amazing.”

Klineman made her Olympic debut in Tokyo.

They were undefeated in their gold-medal run.

On the road to Friday’s final match, the U.S. team beat a German team that included 2016 gold-medalist Laura Ludwig, as well as Switzerland.

Along the way, Ross and Klineman were cheered on by Mr. T, the actor famous for his role as the gold-chain wearing strongman B.A. Baracus in the 1980s television series that shares a name with the athletes’ nickname.

“I Pity the Competition,” the actor tweeted Tuesday.

The U.S. team won 21-15 win in the first set and appeared in control throughout. The score was 21-16 in the second, but Australia came within three points at one moment, threatening a possible third set.

It was a return to the top Olympic pedestal for U.S. women in beach volleyball.

May-Treanor retired after the 2012 Games. Walsh Jennings and Ross teamed up for Rio, where they won bronze.

The men’s bronze and final matches will be Saturday in Tokyo, but the U.S. did not advance.

Phil Helsel is a reporter for NBC News.