Thanksgiving travel this year could strain people’s wallets — and patience 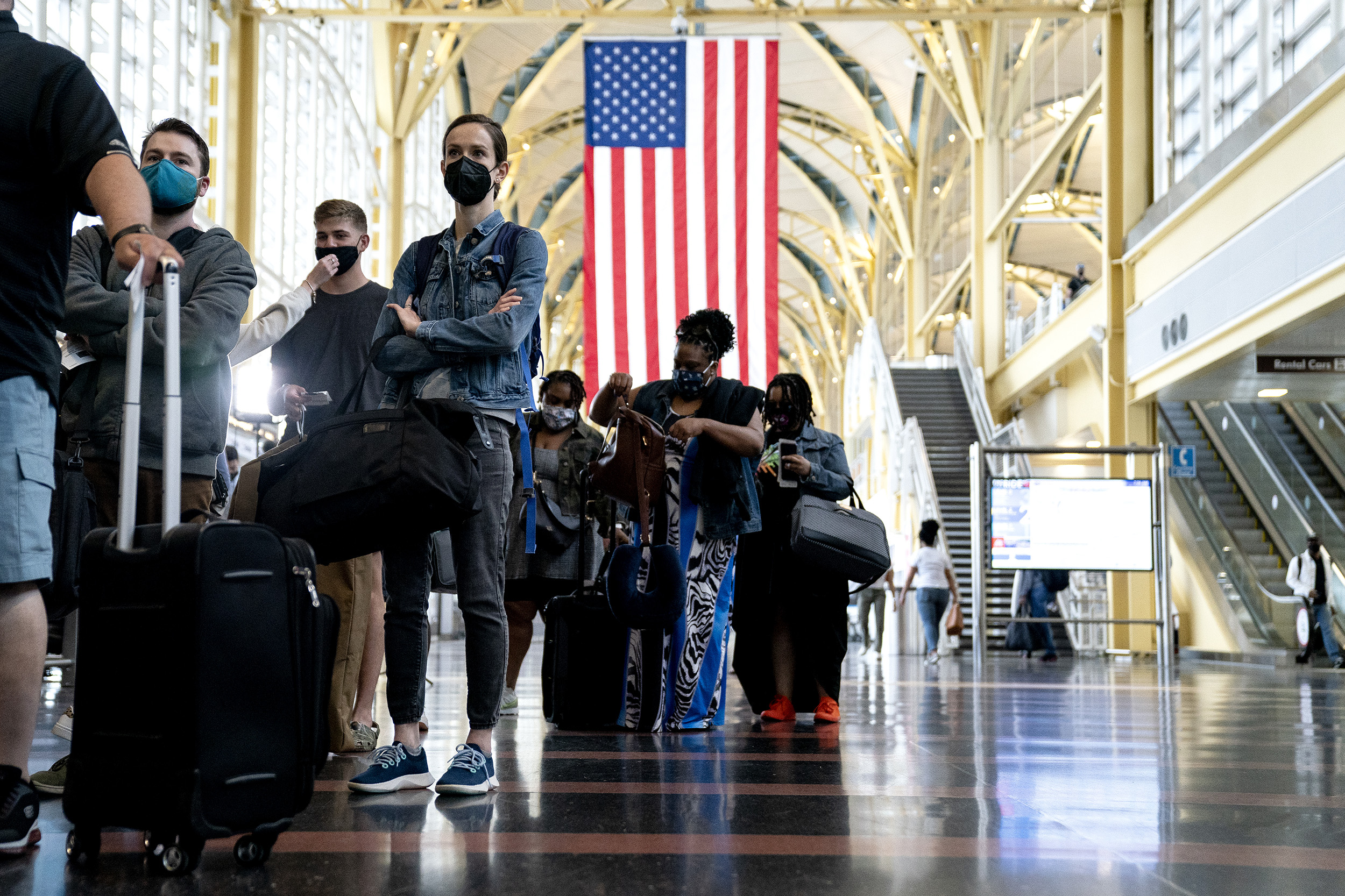 Thanksgiving travel is bouncing back this year — and so are expectations for holiday travel chaos on the roads, rails and in the air.

With rising Covid-19 vaccination rates and the reopening of U.S. borders to vaccinated foreign travelers, the travel industry is bracing for the upcoming holiday rush.

In its holiday travel forecast, AAA said this week it expects more than 53.4 million people to travel between the period Nov. 24 to Nov. 28, up 13 percent from 2020 levels.

The Transportation Security Administration said it is already screening between 1.9 and 2.2 million people daily, and a looming Nov. 22 deadline for the agency’s workers to be vaccinated has sparked concern about a possible worker shortage and longer security lines during the holiday. A spokeswoman for the TSA told NBC News that it is focused on getting employees vaccinated by the deadline.

Spiking gas prices aren’t deterring travelers this year, either. Around 48 million people will take to the roads this Thanksgiving holiday, according to AAA. At around $3.40, the average price at the pump this week is the highest since 2014, said Patrick De Haan, head of petroleum analysis at GasBuddy.

Car rental prices also remain high, after a shortage of crucial semiconductor chips led to a dramatic slowdown in the production of new vehicles during the pandemic, exacerbated by rental companies culling their fleets last year during the pandemic’s travel lull. Daily car rental prices currently average around $84, according to a spokeswoman from travel site Hopper.

This means that travelers should adjust how they make bookings for the holiday season, said Michael Taylor, travel practice lead at JD Power. While travelers typically book a hotel room before looking for a rental car and flight, they should reverse that order, he said, especially in popular holiday destinations like Orlando and Las Vegas where rental cars are costlier and in higher demand.

“This is going to be an expensive holiday for some folks,” Taylor said.

Camille Jones, a clinical social worker in Birmingham, Alabama, plans to fly to Orlando with her husband and two-month-old baby to spend the holidays with her in-laws. While the family considered driving to Orlando, renting a car would have cost them about $590. The two roundtrip plane tickets they ended up purchasing totaled $530.

To further cut costs, the family bought tickets to fly to Orlando from Atlanta rather than Birmingham, saving them around $240. Jones said the two-hour drive to Atlanta is worth it, especially since they frequently visit family there. She and her husband plan to arrive at the airport two hours before their flight, especially since they have a baby in tow.

“We’ve never traveled with a baby, so I know we’re going to slow it down a bit,” Jones said.

Dennis Tajer, a spokesman for the Allied Pilots Association, the union representing American Airlines pilots, said the airline’s record of slow recovery after flight changes could pose problems during the upcoming holiday rush, especially if there is bad weather. Further complicating the problem, holiday travel occurs toward the end of the month, when pilots and flight attendants are close to maxing out their contract hours.

David Seymour, American’s chief operating officer, said in a note to staff on Nov. 5 that 1,800 flight attendants returned to operations this month and the airline plans to add 800 more in December. Seymour also said employees will receive holiday pay on peak travel days in November and December, and he expects 4,000 new staff members to join this quarter.

Weary travelers should be prepared for shuttered stores and restaurants at the airport, Taylor said. Labor shortages and inflation continue to plague the hospitality industry, meaning any stores and kiosks that are open will have higher prices, fewer options and longer lines.

Delaware North Travel, a New York-based hospitality company that operates food and retail concessions at airports, closed down some of its locations during the pandemic and cut back on hours due to labor shortages. The hospitality company’s operating hours are based on the number of passengers boarding each day and when certain gates are used, which means customers sometimes face longer lines.

To combat inflationary pressures, Delaware North Travel increased prices on some of its menu items and re-engineered some items, said Bob Wilson, Delaware North Travel’s president. For example, a meal with eight chicken wings now features boneless wings, and some fresh food options were turned into grab-and-gos. Some portion sizes have been reduced.

Despite the anticipated hurdles, many travelers are planning a packed schedule.

Sarah Goldstrom, who works in the film industry, plans to fly on Thanksgiving Day from Philadelphia to Greenville, South Carolina, with a layover in Atlanta to spend the evening with family. After filling up on turkey, she plans on flying to New York to attend a Harry Styles concert before returning home to Atlanta.

MELBOURNE, Australia — After days of riots in the Solomon Islands during which protesters called for Prime Minister...

One person was wounded in a shooting Friday at a Tacoma, Washington, mall that subsequently closed its doors...

Stephen Sondheim: The Essential Musical Dramatist Who Taught Us to Hear

On its own, his verbal agility, and musical sensitivity, though prodigious, would not have produced great characters like...
- Advertisement -

MELBOURNE, Australia — After days of riots in...

One person was wounded in a shooting Friday...

MELBOURNE, Australia — After days of riots in...
Top Stories

One person was wounded in a shooting Friday...
Top Stories

Stephen Sondheim: The Essential Musical Dramatist Who Taught Us to Hear

On its own, his verbal agility, and musical...

In Europe, Trying to Find Fun and Games in Holiday Retailing