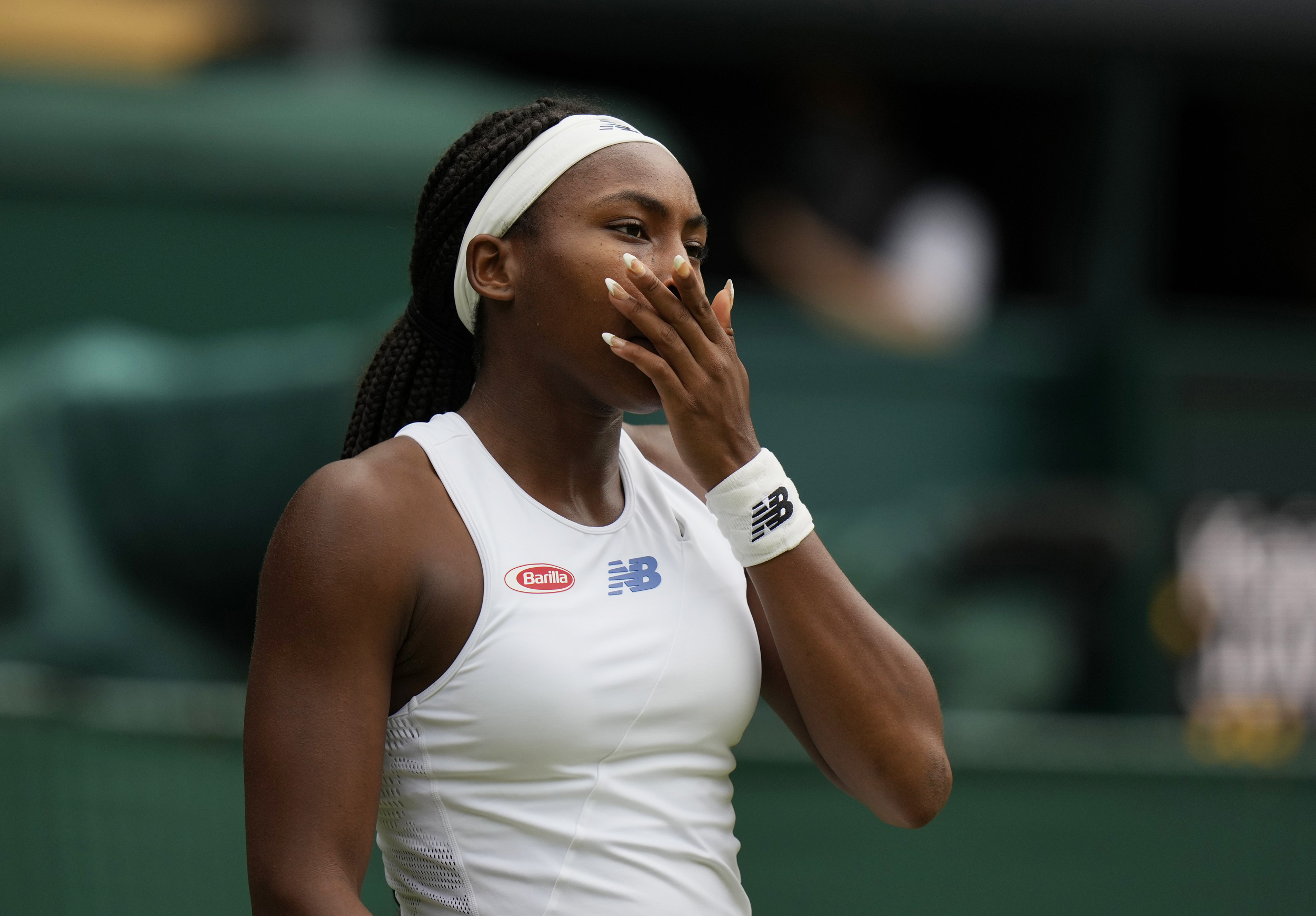 Tennis player Coco Gauff has tested positive for Covid-19 and will not be competing in the Tokyo Olympics, where she was expected to lead Team USA.

Gauff, 17, announced the news through her own social media on Sunday, where she wished the rest of the team luck on the international stage. This would have been Gauff’s first Olympic appearance after a series of notable appearances in Grand Slam tournaments over the past few years.

“I am so disappointed to share the news that I have tested positive for COVID and won’t be able to play in the Olympic Games in Tokyo,” Gauff wrote. “It has always been a dream of mine to represent the USA at the Olympics, and I hope there will be many more chances for me to make this come true in the future.”

The young tennis phenom was expected to lead the 12-person Team USA squad along with Jennifer Brady, Jessica Pegula and Alison Riske in the women’s singles division, the Olympic team announced earlier this month.

“The entire USA Tennis Olympic contingent is heartbroken for Coco,” said the U.S. Tennis Association in a statement Sunday. “We wish her the best as she deals with this unfortunate situation and hope to see her back on the courts very soon.”

A number of big name tennis stars will not be participating in this summer’s Olympic games, including Rafael Nadal and Roger Federer. This is also the first Olympics in 25 years that will not have either Serena Williams or Venus Williams.

Serena Williams told reporters last month that she would not be competing, though she did not divulge the reasons why. Her decision came prior to an injury that forced her to exit Wimbledon during her first round match.

Gauff’s announcement comes only a day after it was announced an organizer of the games who was staying at the Olympic Village tested positive for Covid, and two days after an assurance from International Olympic Committee President Thomas Bach that there was “zero risk” of the athletes infecting anybody outside the sealed-off section of Tokyo.

She is one of three athletes who announced an infection Sunday, as two members of Team South Africa — players Thabiso Monyane and Kamohelo Mahlatsi — were also said to have tested positive. A South African video analyst and rugby coach were also infected, Team South Africa said in a statement.

“They have been tested on arrival, daily at the Olympic Village and complied with all the mandatory measures implemented to ensure the safety of the Games participants and the people of Japan, including keeping physical distancing and wearing masks at all times,” the statement Sunday said.

The Tokyo Olympics, which were delayed a year due to the pandemic, will go on without spectators amid fear of increased infection risk. Its opening ceremony is scheduled to begin on Friday, though officials have urged against the traditional spectator crowds.

“Normally, we would all love to cheer for our athletes at the venues, but under the current circumstances, I ask that you cheer at home with your family or with people you meet on a regular basis,” Dr. Shigeru Omi, a top Covid-19 adviser to the Japanese government, said last week. “Please refrain from cheering in large groups in public plazas, on the streets, or in restaurants.”

Infection rates are on the rise in Japan, which staved off the worst of the pandemic through social distancing and masking precautions, but has only vaccinated about 26 percent of its population, according to Reuters.

Wellington, New Zealand – It has been 50 years since New Zealand’s “dawn raids” and the 82-year-old father...

FLORHAM PARK, N.J. — As Zach Wilson flew on a red-eye flight from California to the East Coast...

Confirmed coronavirus infections have jumped in much of the world, and deaths from the disease in Africa have...

Wellington, New Zealand – It has been 50...
Top Stories

Confirmed coronavirus infections have jumped in much of...
Top Stories