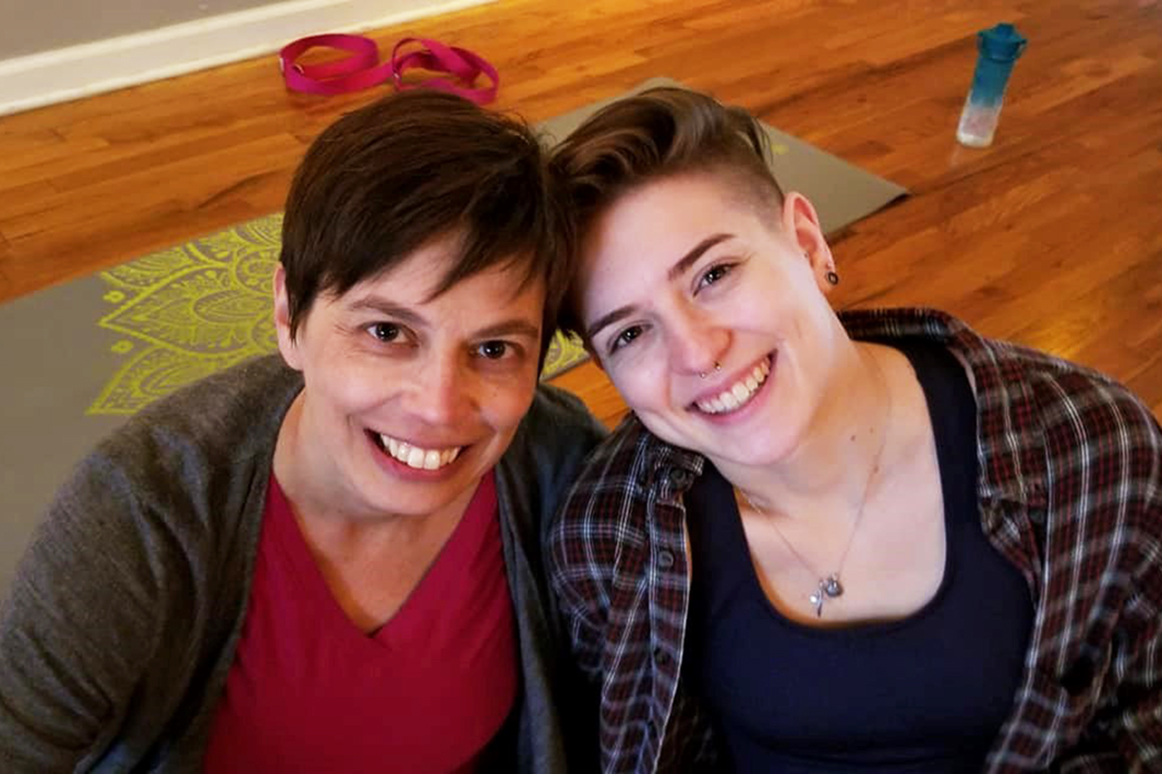 When I was required to sign a statement of faith as a prerequisite for my job at a religious foster care agency, I never thought I would be co-signing discrimination against my own daughter.

Despite any differences in values or faith, we can all agree that turning qualified families away is not in the best interest of children.

I was a little hesitant to sign the document, but as a practicing Christian and a young social worker who needed a job, I agreed. The agency was not willing to place children with parents from other denominations or who were LGBTQ, and I am now ashamed I worked for so long in an environment that discriminated against people.

My shame only intensified after my daughter came out as queer. I know God loves my child, but that some would use religion to discriminate against them still breaks my heart — both for them and for LGBTQ families seeking to adopt. It’s hard to look my daughter in the eye and realize part of my past includes working for an agency that would turn them away from being a foster parent simply because of whom they love.

Incredibly, this kind of discrimination is still allowed under the law today. In many states, adoption and foster care agencies that the state contracts with using taxpayer funds are allowed to turn away loving prospective parents simply because they are LGBTQ or have religious beliefs that differ from the agency.

On Thursday, the highest court in the land had the opportunity to say that the First Amendment’s guarantee of religious freedom actually prohibits governments from requiring that religious groups comply with policies barring discrimination against LGBTQ people. In Fulton v. City of Philadelphia, a Catholic adoption agency sued after it was denied a city contract because it won’t place children with gay couples; in other words because it had the same rules in place as my former employer did.

The court unfortunately held that the Catholic charity could still receive a city contract despite its practices discriminating against LGBTQ couples. However, the court made that decision because of the specific nature of Philadelphia’s contracts — they provide exemptions from some requirements in other cases, so they can’t deny the Catholic adoption agency an exemption from its LGBTQ nondiscrimination requirement.

More broadly, this ruling means that governmental nondiscrimination policies stay intact. And that gives us an opportunity to make the case that these LGBTQ protections can actually coexist with faith-based foster care agencies. That’s because no matter what faith the child welfare services are affiliated with (if any), we should all be dedicated to following the golden rule of child welfare. And that rule is crystal clear: to prioritize the best interests of children above all by placing them in loving, safe homes.

These agencies are entrusted with solemn responsibilities to help children who have been taken from their families, placed in state care and need a warm bed to sleep in. We cannot let our own religious beliefs impede the critically important work they do. Religious freedom is a fundamental American right, but it should not obstruct the rights of others. Placing a child in a secure and qualified home — doing whatever is in the best interest of that child — is the primary consideration.

I was pleased to find out that in March, the same agency that once required me to sign its statement of faith, Bethany Christian Services, announced that it would begin placing children with LGBTQ parents in all of its branches nationwide. As one of the country’s largest Protestant adoption and foster care agencies, this is a welcome and important step.

Unfortunately, many foster care agencies still cling to discriminatory policies that don’t put children’s best interests first. And many of those foster care agencies are the beneficiaries of government funding. Since they take tax dollars from all of us — including gay and straight, Black and white, Christian, Muslim and Jewish — shouldn’t they have to work for all of us? Refusing to place children in stable and loving homes solely because of who they are, what they believe or whom they love goes against everything I believe as a Christian, as a social worker and as an American.

Too many children age out of foster care without being adopted or reunited with their families of origin, left to begin adulthood on their own without the guidance and support of a forever family. Young adults who face this circumstance are more likely to experience poverty, homelessness and incarceration. And LGBTQ young adults seem to be more likely to age out of care without a placement in an affirming home – one that could perhaps have been provided by an LGBTQ couple.

Surely, despite any differences in values or faith, we can all agree that turning qualified families away is not in the best interest of children. To do that for qualified LGBTQ parents shrinks the number of homes available to the more than 400,000 youth in care.

Both of my children are adults now, but I hope we taught them that, no matter what they do in life, they will be loved by their family and by God. Jesus is for those who are the most marginalized. I’ve reflected on this often as I’ve advocated for the LGBTQ community alongside queer pastors and leaders in my church.

As a first-generation American, my parents left everything they knew in pursuit of a better life for my sister and me. I pray that my daughter — and all others in the LGBTQ community — will have an equal opportunity to open their homes to children in foster care if they ever choose to do so and, by doing that, provide what my parents gave me — a happy, healthy and safe home.

Corina Dulecki is a mother, wife, person of faith and licensed clinical social worker dedicated to advocating for LGBTQ+ rights. She works closely with Family Equality, which submitted an amicus brief in support of Philadelphia in this case, as an advocate and ally, sharing her story as it relates to Fulton v. City of Philadelphia.

The Two Mississippi Museums hosted a special tour Sunday to remember the life and legacy of Emmitt Till,...

With neither ship nor sea, Dmitri Tcherniakov’s new Bayreuth Festival staging recasts the opera as a tale of...

Wildfires Ravage Sardinia in ‘a Disaster Without Precedent’

About 1,000 residents and tourists have been evacuated...

Lordstown Motors Raises Up to $400 Million