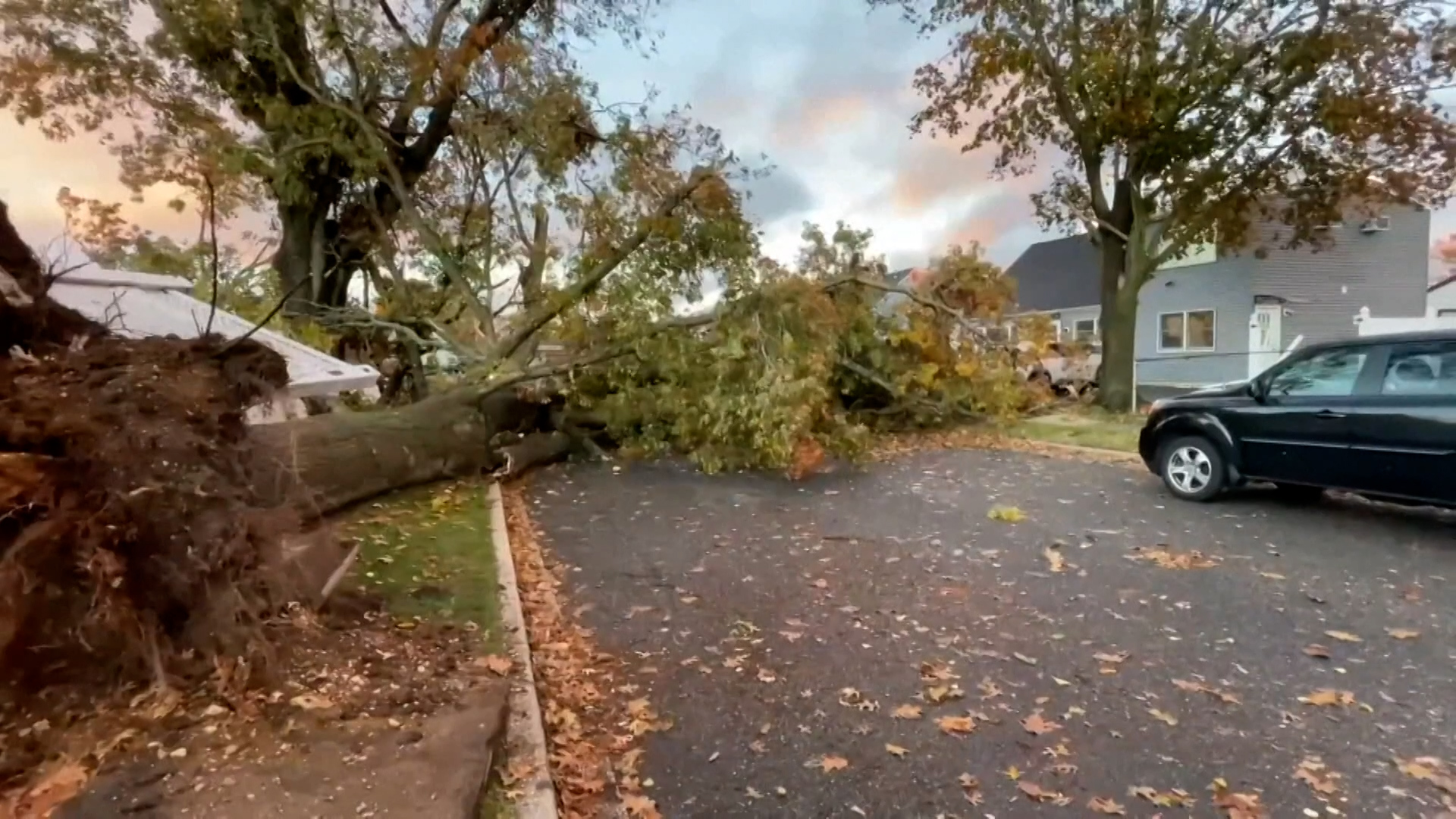 High winds, hail and tornado-like columns of air struck parts of the tri-state area around New York on Saturday, damaging homes, businesses and vehicles and leaving thousands of residents in the dark on a cold November night.

No injuries were reported, but video from Long Island appeared to show powerful, swirling winds whip up debris Saturday afternoon. Images from the region showed apparent wind damage to some homes and storefronts.

“We at least had wind damage, trees down and structural damage as well,” said John Cristantello, a National Weather Service meteorologist based in Upton, New York.

More than 20,000 utility customers in New York and New Jersey were without power Saturday night as the front moved out of the area and into New England, leaving a “blustery” night with low temperatures in the 30s in its wake, federal forecasters said.

Earlier in the day, severe weather, including thunderstorms, lightning, rain, hail and potential tornadoes developed from New York to Connecticut, with hail and high winds also reported in New Jersey.

NBC New York forecasters and eyewitnesses with cellphones documented what appeared to be tornadoes in Long Island’s Nassau and Suffolk counties, but the National Weather Service is unlikely to confirm whether any touched down until Sunday at the earliest.

“At some point a team will be able to survey the area,” Cristantello said.

In Connecticut, possible tornadoes were also reported in Branford, Plainfield and Cheshire, according to NBC Connecticut.

At least two of the wind columns produced a telltale sign of tornadoes — a “tornado debris signature,” an image of whipped-up debris that can be picked up weather radar, said the station’s chief meteorologist, Ryan Hanrahan.

National Weather Service confirmed reports of hail on Long Island, and gusts of 40 miles per hour were recorded at Montauk Airport. There were also reports of small hail in Connecticut.

According to FlightAware, the severe weather contributed to the delay of 143 flights departing from airports in Newark, New Jersey, New York City, and Boston.

A Chipotle in Shirley, New York, sustained storm damage and will be closed until further notice, said Erin Wolford, a spokeswoman for the restaurant chain.

“All of our employees and guests were unharmed,” she said.

In Levittown, New York, a tree nearly split a house in two when it toppled, NBC New York reported. The homeowner said the house was under construction and unoccupied.

As it moved northeast, the unsettled weather was bringing with it tornado and severe thunderstorm warnings to parts of New England, federal forecasters said.

The National Weather Service described the front as a low pressure system and “compact storm.”

Cristantello said it was the charged-up product of cold and unstable air coming into contact with relatively warm air.

High winds in the upper-troposphere, known as jet streaks, can also play a role in the formation of tornados and appeared to have an impact Saturday, he said.

Although this kind of weather is associated more with the South in spring, the meteorologist said it’s not unusual for Long Island to see tornado activity in fall, particularly in October.

Dennis Romero writes for NBC News and is based in Los Angeles.

“This sends the worst possible message to Ukraine...
Top Stories

Najib Razak claims he did not know origin...