$4 million worth of heroin seized by U.S. Navy in Arabian Sea 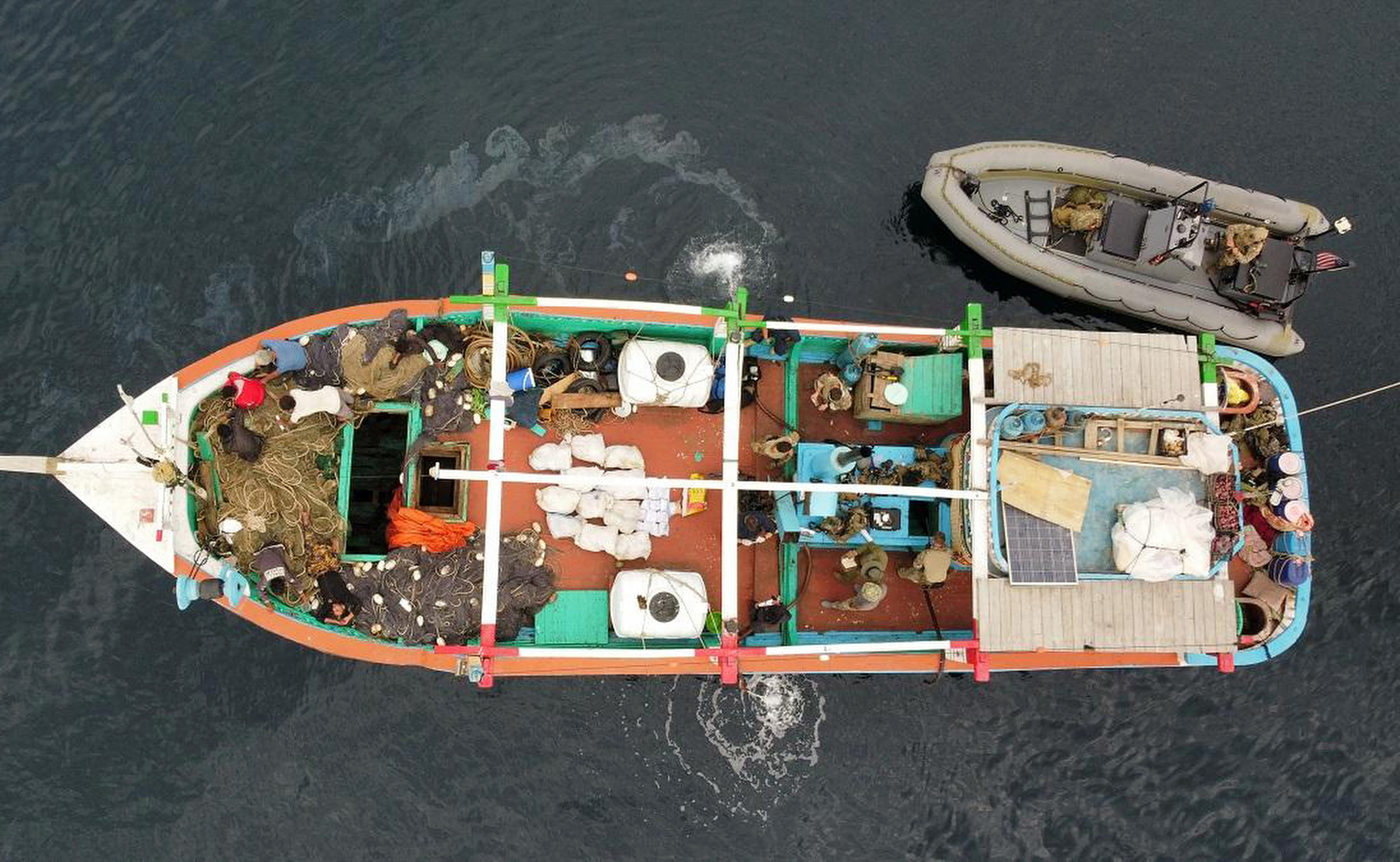 United States navy vessels seized 849 pounds of heroin in the Arabian Sea worth some $4 million, in a major bust by the international maritime operation in the region, officials said Thursday.

The USS Tempest and USS Typhoon seized the drugs hidden aboard a stateless fishing vessel plying Mideast waters, the international task force said in a statement. The seizure took place on Monday.

The Navy said the fishing vessel likely came from Iran. All nine crew members identified themselves as Iranian nationals, according to Cmdr. Timothy Hawkins, a spokesperson for the U.S. Navy’s Mideast-based 5th Fleet.

He did not elaborate on who manufactured the drugs or their ultimate destination.

As the task force ramps up regional patrols, it has confiscated illegal drugs worth over $193 million during operations at sea this year — more than the amount of drugs seized in the last four years combined, its statement said.

Download the NBC News app for breaking news and politics

Heroin is trafficked to the Middle East and even Europe by land from Iran and Afghanistan through well-worn land routes in the Balkans, Southern Caucasus mountains or Saudi Arabia, according to last year’s U.N. Global Synthetic Drugs Assessment.

Smugglers from Iran have increasingly taken to sea to bring heroin into South Asia, the report added, with Iranian and Pakistani sailors often arrested near Sri Lanka.

Iran’s porous 1195 mile-long eastern border with Afghanistan, the world’s largest producer of opium, has turned it into a key transit country for the illicit drug trade.

Google wants to block tracking cookies in its Chrome web browser by the end of next year, which...

The inflation rate in Britain is at its highest in 30 years, and isn’t expected to peak for...

NUR-SULTAN, Kazakhstan — For three decades, Nursultan Nazarbayev was seemingly everywhere in Kazakhstan, the country he ruled with...

BRUSSELS/GENEVA: The US financial contributions to the World Health Organization (WHO) has fallen by 25% during the coronavirus...
- Advertisement -

The inflation rate in Britain is at its...

BRUSSELS/GENEVA: The US financial contributions to the World...
Top Stories

The SAT, once viewed as a critical step...

Wall Street Is Expected to Drop When Trading Begins